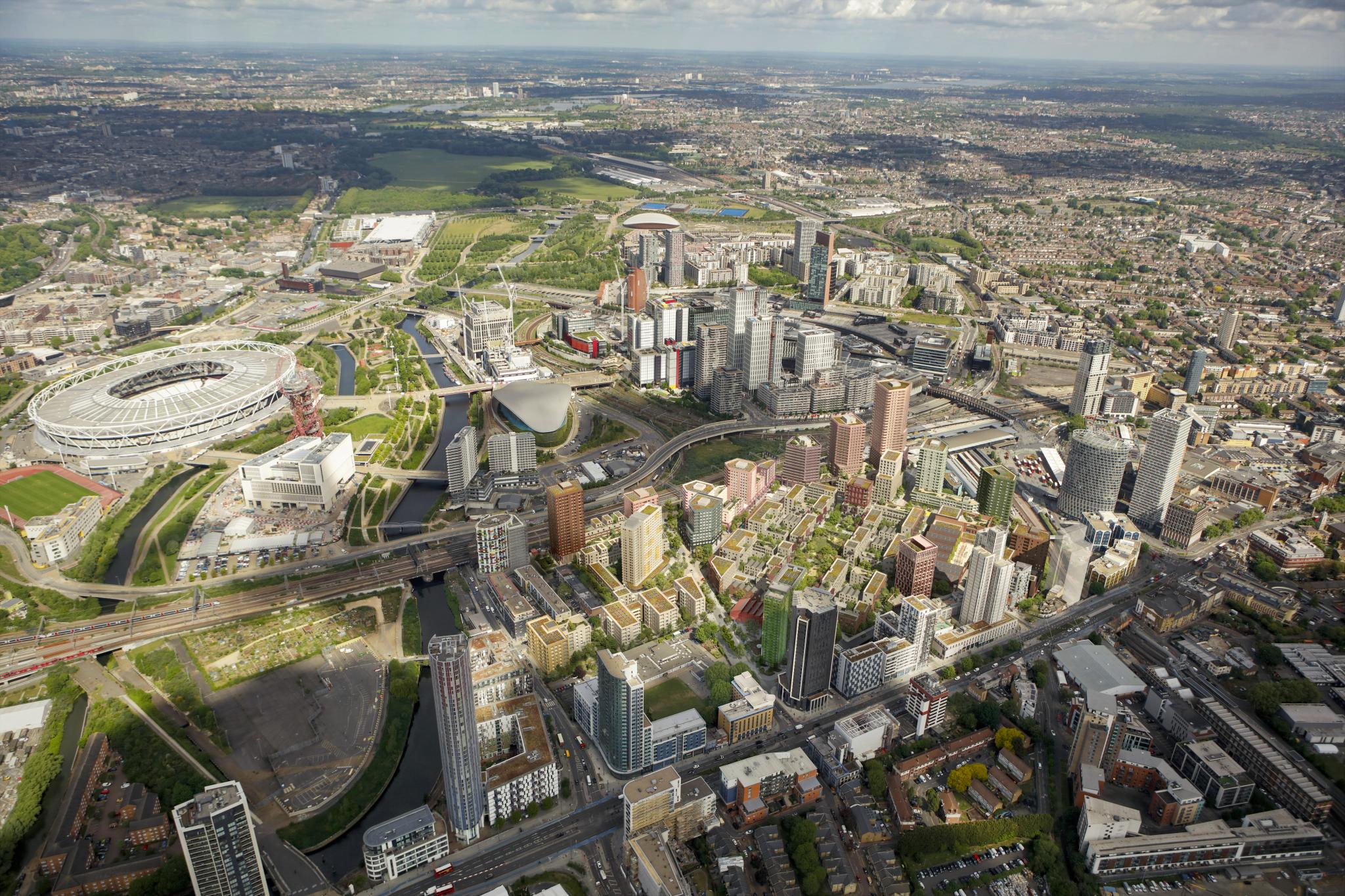 Plans have been submitted for the redevelopment of the Carpenters Estate in Stratford, one London’s largest and most ambitious estate regeneration programmes.

The outline planning application is being brought forward by Newham Council’s wholly owned housing delivery company, with a multidisciplinary team led by the Tibbalds CampbellReith JV and including Proctor & Matthews Architects and Metropolitan Workshop and who are collaborating on the masterplan.

The culmination of extensive consultation and co-design over a number of years, these proposals centre on a new masterplan that will deliver up to 2,022 much-needed new, refurbished and replacement homes (up to 50.2% genuinely affordable), alongside a diverse variety of community, education and commercial uses to support the growing neighbourhood and create ‘a real piece of London’.

The masterplan has been structured around enhancing and combining existing open spaces and key historic routes across Carpenters. A large neighbourhood park sits at its centre, surrounded by lower rise apartment buildings, houses and maisonettes served by intimate mews streets and communal courtyards. Taller mixed-use buildings, with commercial and community uses on the ground floors and apartments above will sit at the site’s outer edges, along major arterial routes, to help stitch the Carpenters Estate into the existing urban fabric and bring economic benefits for the community. The masterplan also includes new buildings for the Building Crafts College and improved access into Stratford Station and the Olympic Park. Commercial and employment spaces are focussed along the northern edge of the site adjacent to the railway line and will deliver a range of workspace, training and commercial opportunities.

Two existing tower blocks, James Riley Point – which received planning approval in the last month – and Lund Point will be retained and refurbished to high standards of sustainability as part of the Council’s response to the climate emergency.

At the same time, a network of multi-functional open spaces and landscaped pedestrian routes would work together to create a varied public realm and fine grain pedestrian network supporting a 15-minute neighbourhood. Seven key open spaces range in character from a central neighbourhood green to vibrant public squares animated by spill-out spaces and distinctive play features. Designed to complement each other and collectively strengthen community bonds by integrating a variety of social opportunities for residents across the estate, they include a playful public realm that improves access to play for children, encourages active lifestyles to support resident wellbeing, supports urban greening and improves biodiversity.

In total over £1 billion will be invested in restoring the estate and creating new homes through phased plans that will be delivered over the next 15-20 years.

Andrew Matthews, Founding Director at Proctor & Matthews Architects comments: “The masterplan for Carpenters Estate, developed alongside residents, paves the way for a significant number of new and improved homes, alongside education, business and community space that will support a vibrant mixed-use neighbourhood right at the heart of Stratford. The plan is a unique response to the specific character and identity of Carpenters, delivering a hierarchy of people focussed public realm spaces, supported by a townscape structure of varying built form scales, dwelling types and densities. The result is a masterplan that reflects the scale and character of London’s historic neighbourhoods and responds directly to the ‘sense of place’ that residents wish to see.”

Originally developed between 1968 and 1972, the Carpenters Estate covers a 28-acre site surrounded by Stratford High Road, The Queen Elizabeth Olympic Park, Westfield Stratford City and Stratford Station in East London. In December 2021 73% of residents voted yes in a ballot on the redevelopment plans.