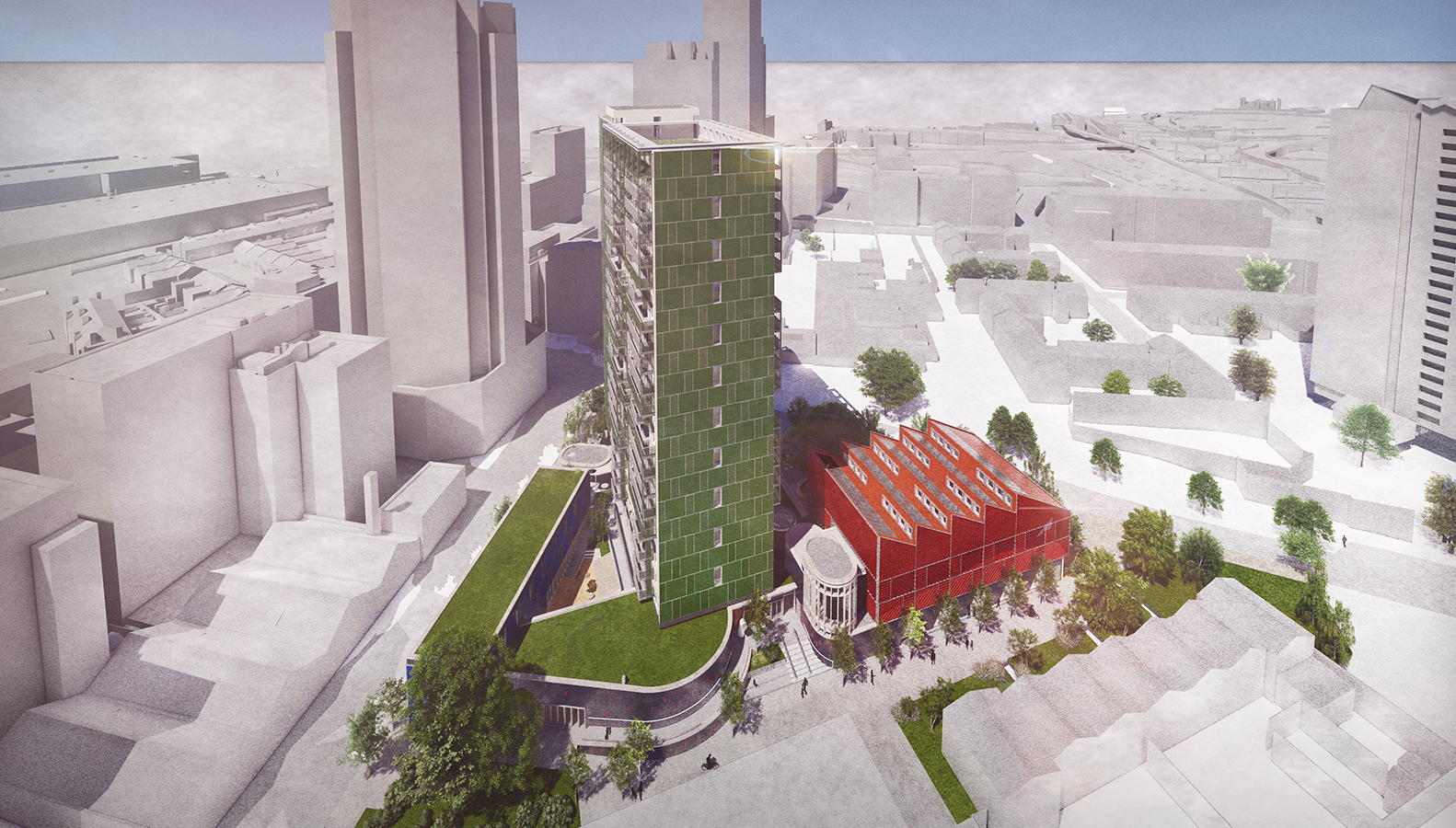 Our design proposals for the first phase of the restoration of Carpenters Estate have been unanimously approved by the LLDC Planning Committee. The restoration of James Riley Point, a high-rise building on the Carpenters Estate in Stratford, will deliver a state-of-the-art community and sports centre alongside 132 much needed social rent homes, as part of Newham's ambitious housing agenda to deliver homes that residents can afford.

Proctor & Matthews developed the architecture narrative of the design which aims to respect the Modernist heritage of the existing tower while bringing in new elements that activate the surrounding streetscape, embedding the tower into its context. The brand-new community building is made up of a series of pavilions that wrap around the base creating an active and engaging extension to the landscape. The building will provide a new home for the pioneering Carpenters and Docklands Centre which will include a new sports hall, a 5-aside football pitch and facilities for an after school club and café for young people living on the estate as well as local residents.

The residential refurbishment of the tower, by ECD Architects, will bring the homes up to Passivhaus standards as well as provide new internal fittings and reconfigure internal rooms, sizes, and amenity spaces to meet National Housing Standards and London Plan policy. A series of new clustered balconies will give a sense of enclosure, as well as solar protection. The building will be clad in glazed coloured ceramics, referencing the area’s heritage of porcelain manufacturing, while bringing a sense of vibrancy and character.

By revitalising the ground floor with new community facilities and refurbishing the existing tower, the project sets a standard for how other 20th century tower typologies could be developed in the future.

Director Andrew Matthews said: “James Riley Point is the flagship first phase of the wider Carpenters masterplan. The unanimous support given by Newham’s planning committee is fantastic news for the Carpenters community. Newham and Populo’s determination to deliver, not just new homes, but also ‘state of the art’ community and sports facilities demonstrates their commitment to the existing community and the restoration of Carpenters as an integrated and sustainable 21st Century neighbourhood. Newham’s brief allowed us to design an innovative refurbishment of this 1960’s tower combined with new build community and sports facilities that, in consultation with residents, provided an opportunity to completely rethink this historic building’s place in the wider plan. The retention of such a large structure helps meet the council’s commitment to ‘carbon reduction’ while delivering homes that meet modern standards. I feel sure it will be a benchmark for the re-use similar buildings across the UK.”