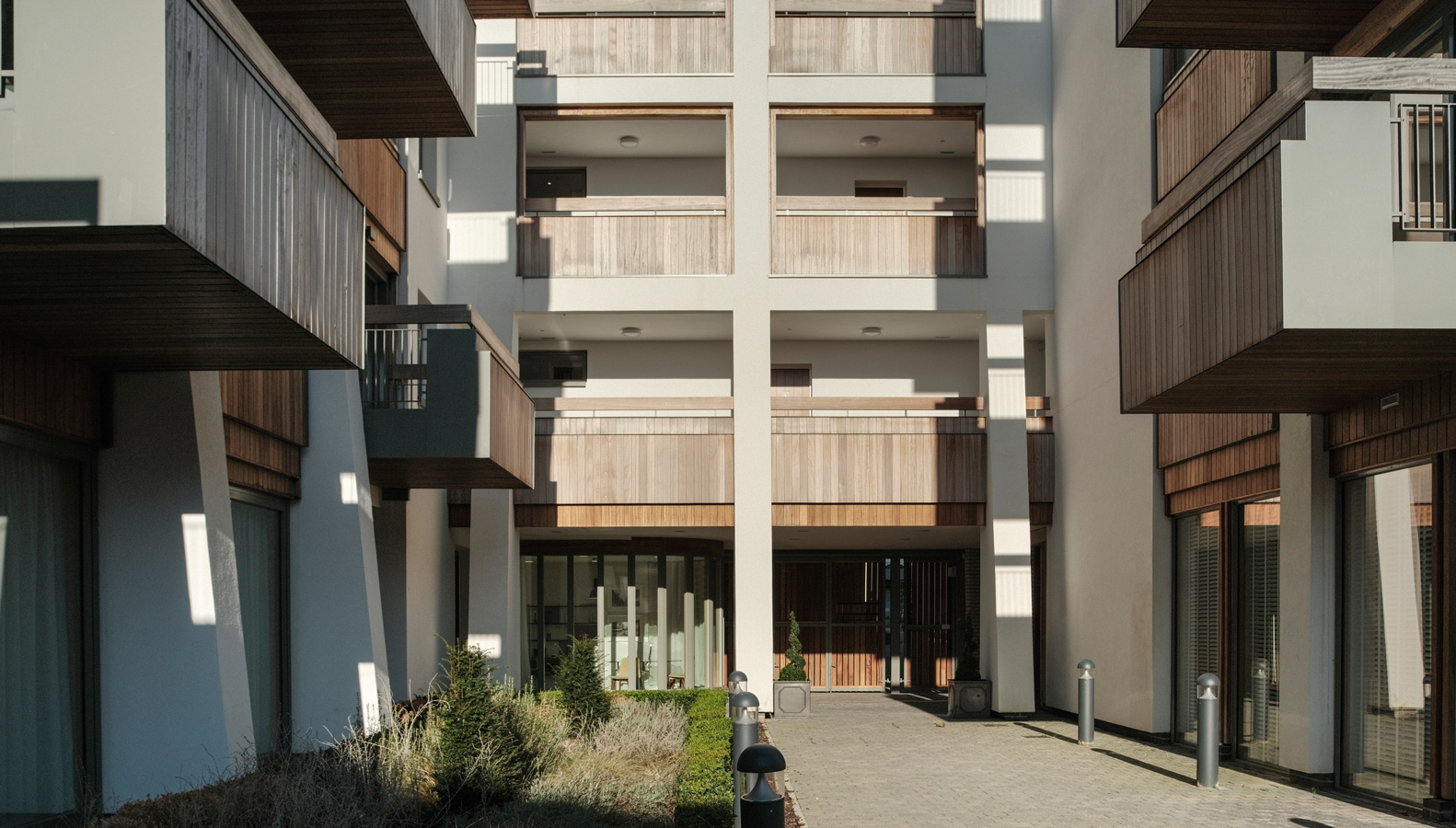 We are excited to be shortlisted for a Housing Design Award for Latheram House - a later living development for Lifestory carefully integrated into Cheltenham’s central conservation area. Inspired by the town’s historic courtyards and cloisters, the project opens up a new public thoroughfare, connecting it to the town centre via a sequence of theatrical hidden spaces, for residents and the public.

The scheme is designed to facilitate independent, retirement living, while reimagining a previously disused and hidden part of Cheltenham’s townscape. It delivers an environment where residents can enjoy the freedom, sanctuary and retreat of home, while benefitting from uplifting and welcoming social and public spaces.

The new, six-storey buildings are carefully configured to respond to the scale and form of the original historic structure, while maximising a southerly aspect for the new apartments. The accommodation, which ranges from one to three-bedroom apartments, is flexible, with generous internal layouts, large windows to every room and animated views to the outside. The staggered arrangement of projecting balconies, overlooking the central courtyard is designed to encourage interaction between neighbours and visual engagement with the new public route and pedestrians below.

The development adopts a number of contextual design strategies that integrate the buildings into their sensitive surroundings whilst contributing to the regeneration of this city centre location. The newly created public pedestrian route through the site creates a connection between two prominent streets, St. George’s Place and Clarence Street, before leading to the adjacent Wilson art gallery and on to the tranquil landscape surrounding St. Mary’s Church. The pedestrian sequence is visually punctuated by a series of green garden spaces within the heart of the development, acting as a tranquil space to discover within the centre of Cheltenham, and helping to open up, and improve permeability across this town quarter.