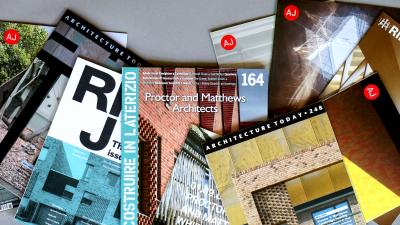 Time to raise the bar on what can be achieved with MMC
Property Week, April 2022

Residents back redevelopment of estate that once sparked civil war at UCL
Building Design, December 2021

A building in balance between industrialization and rural barns
Domus, August 2021

The house of the future? A sun-filled, shape-shifting, shed-share paradise
The Guardian, December 2020

A Fenland Vernacular for the Twenty-first Century
The Building Centre, May 2020

Creating a community in the Cotswold
Architecture Magazine, July 2019

Architects’ report looks at how to build ‘more, better, faster’
Property Week, May 2019

Back to the future on new town development
Architects Journal, May 2019

Contextual design - not beauty - is key to getting homes built, architects tell government
BD online, May 2019

Urban Splash lined up to build 400 homes in Cambridgeshire
Housing Today, May 2019

"There are ways to build homes that people want to live in"
The Times, July 2017

"Peabody given approval to build 1,500 homes in south-east London"
The Guardian, October 2016

"Proctor and Matthews submits plans 'for only tower' in Purley"
Architects Journal, August 2016

"Clockwork Orange setting to bear fruit"
The Times, May 2016

"Housing in crisis: council homes were the answer in 1950.They still are"
The Observer, May 2016

"This is what the new Thamesmead will look like"
Londonist, May 2016

"Need to know: Thamesmead set for transformation"
Placemaking Resource, May 2016

"Proctor and Matthews/Mecanoo to regenerate southeast London with vast masterplan"
Designboom, May 2016

"Better for everyone"
RIBA Journal, November 2015

"The quiet revolution in British housing"
The Observer, August 2015

"Best Designed Developments of the Year"
Inside Housing, July 2015

"Housing schemes are the new stars of British architecture"
The Independent, June 2015

"A year of highs and lows in architecture"
The Times, December 2014

"Here are the winners"
The Sunday Times, September 2014

"The satellite campus: new HE facility to put Hastings back on the map"
Education Design and Build, August 2014

"Abode at Great Kneighton by Proctor and Matthews Architects"
Architecture Today, May 2014

"The Case of the Dancing Hotel"
Building, October 2004

"A Window on the Future"
The Independent Review, September 2004

"House and Garden"
Architects Journal, May 2002

"All Change for Brixton with Proctor Matthews"
Architects Journal, November 2001

"The Style Councils, Estates of Grace"
The Guardian Weekend, March 2001

"Experiments down by the Riverbank"
Building Design, October 1995

"Living for the moment, Brightlingsea Place"
Perspectives on Architecture, March 1995