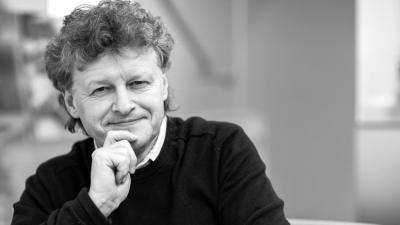 Andrew founded Proctor and Matthews Architects alongside Stephen Proctor in 1988. An architect, urban designer and academic, Andrew has lectured and taught extensively throughout his career in schools of architecture across the UK and Europe.

Andrew and Stephen collaborate on the design of all projects within the studio. Together they have created a distinctive approach to design underpinned by an investigation and analysis of the physical, historical, and cultural characteristics of place. This collaborative approach provides a foundation for developing design narratives that celebrate context through contemporary architecture and urban design. Their distinctive hand drawing style has evolved over many years as a way of exploring both conceptual design narratives and the spatial compositions of placemaking and identity. The studios extensive portfolio includes a wide range of sectors; from urban mixed-use neighbourhoods to international visitor attractions and educational, cultural and community initiatives. Notable projects include:

Andrew is currently a Visiting Professor at the University of Sheffield and has previously taught at the Universities of Greenwich and Brighton. He is a member of the Haringey and Newham Design Review Panels and co-chair of the Design South East St Albans panel. Andrew is also an Academician at the Academy of Urbanism and a Fellow of the Royal Society of Arts.

The practice’s work has been widely published in the UK and internationally and Andrew is a frequent contributor to architectural books and guides. In 2009 the practice published ‘Pattern Place Purpose’ a retrospective of the studios work exploring a concern for cultural identity and historical context. The studio continues to publish annual journals exploring diverse themes such as ‘memory’, ‘identity’, and ‘community’.

Andrew studied architecture under David Gosling and Michael Wilford at the University of Sheffield and under Colin St. John Wilson at the University of Cambridge and subsequently joined his team working on the design of the British Library in 1986 before forming his design studio.