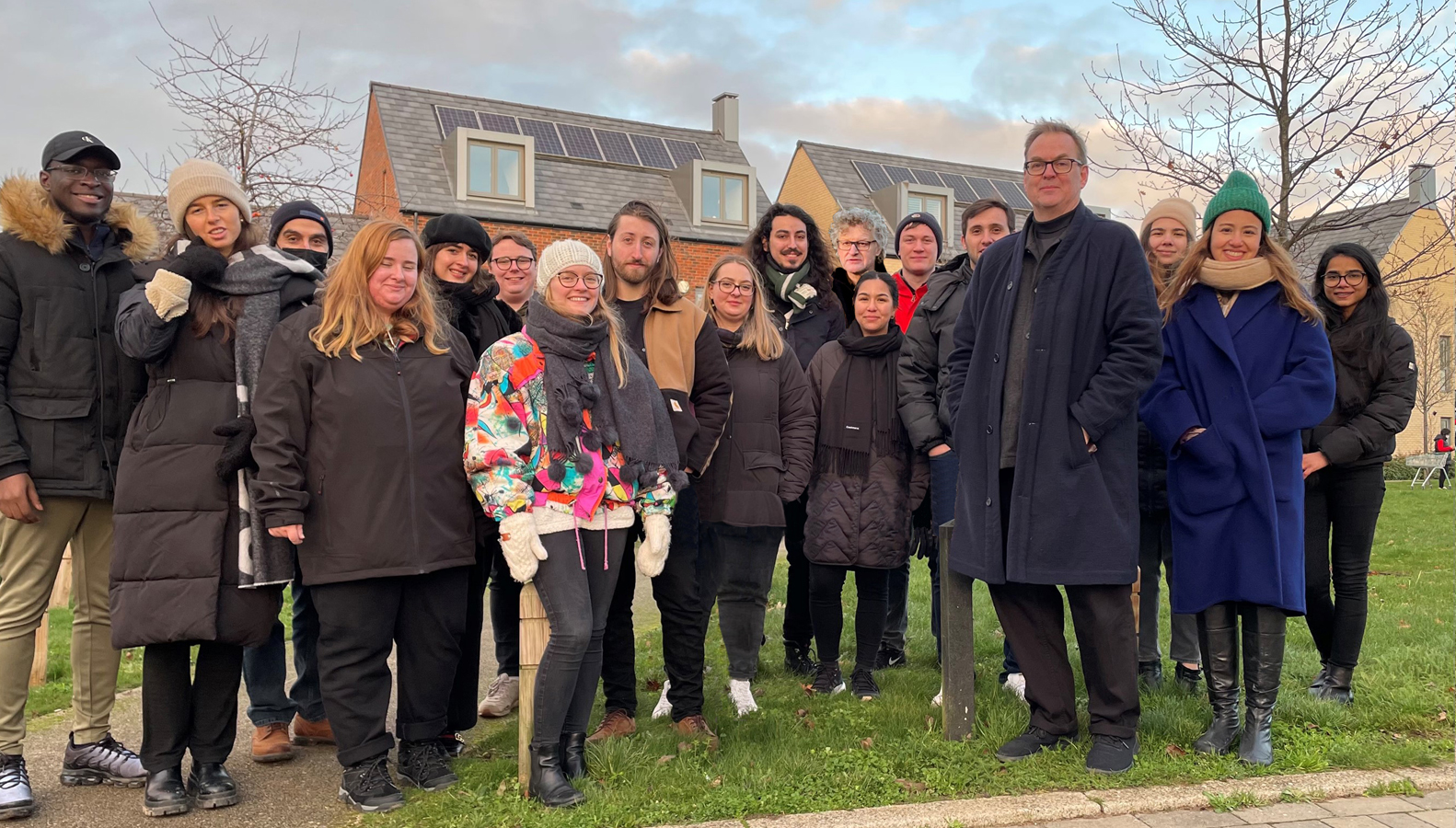 Directors Stephen and Andrew were recently invited to lead the Urban Design Masterclass module - part of the MSt Architecture Apprenticeship programme at the University of Cambridge. The innovative course allows students to combine academic and practice based learning to gain professional qualifications in architecture.

The apprentices were challenged to worked in small teams - mirroring the work of urban designers, masterplanners and architects in practice - to analyse the existing settlement of Sawston (to the South of Cambridge) and create proposals for a new sustainable edge to the village on a site designated for housing expansion within the Local Plan.

The nine-day module included lectures and presentations on current urban design thinking and focussed on issues including: creating a contextual response, identity and narrative of place for new settlements, the impact of suburban edge intensification, 15/20 Minute Neighbourhood strategies and the importance of boundaries and thresholds in the creation of spatial hierarchy.

Stephen Proctor said: "It was great to be asked to lead the urban design module of the RIBA/ARB recognised course for Part 2 architectural apprentices at the University of Cambridge. For many students, this was their first introduction to urban design on this scale. The commitment and dedication of apprentices during the nine-day programme was outstanding and the design proposals were both thought provoking and impressive."