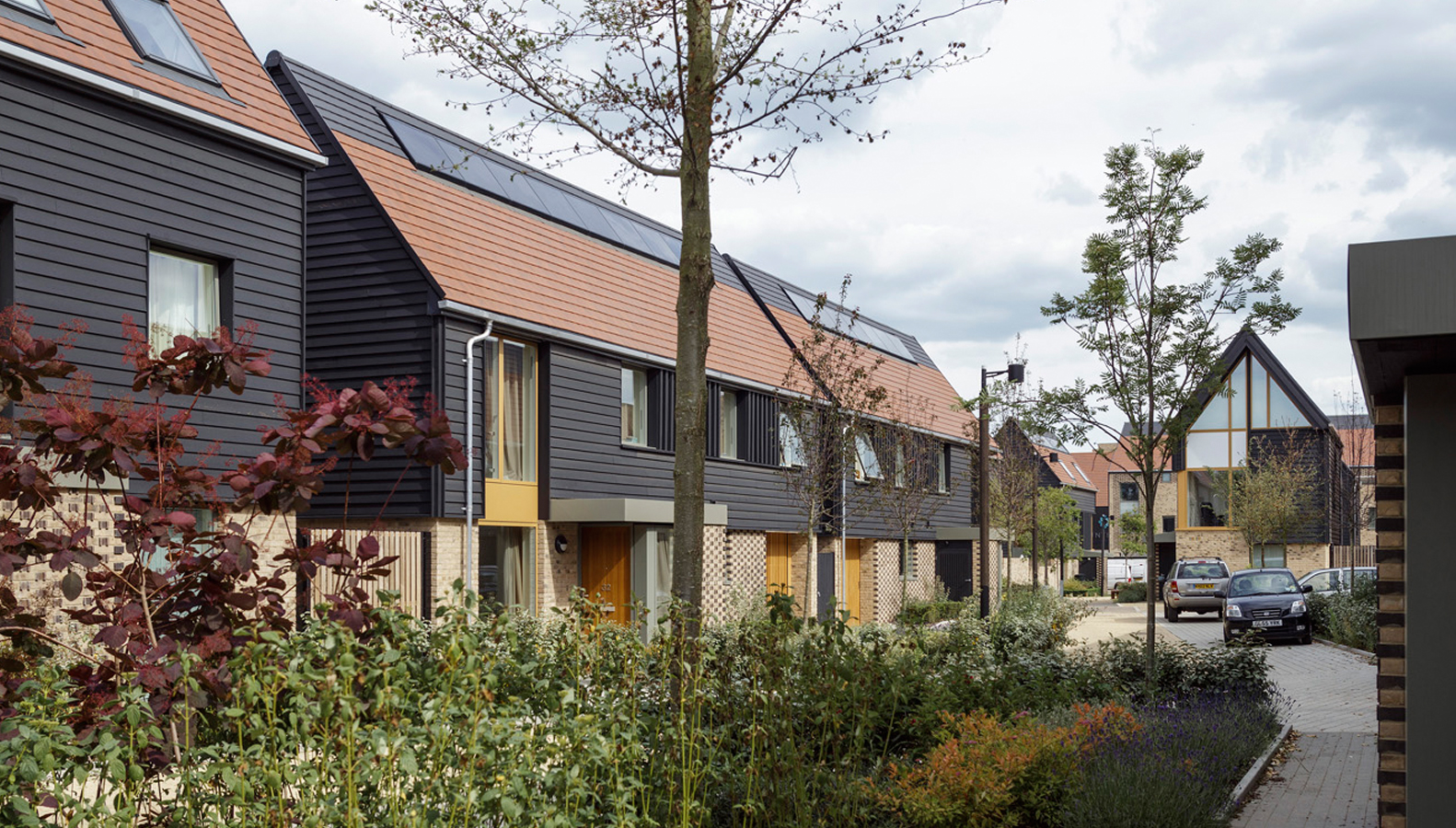 Abode at Great Kneighton has been shortlisted for Architecture Today's new awards programme recognising buildings that have stood the test of time with a focus on shared learning and long-term performance. Abode has been occupied since 2014 and is recognised as an important precedent for achieving increased density in suburban locations, as well as an exemplar for placemaking, responding to context and identity and good neighbourhood design.

Built on the site of the former Country Show Ground on the southern fringe of Cambridge and in close proximity to Addenbrookes Medi-park, Abode is the gateway quarter to the Great Kneighton neighbourhood. Consisting of 444 homes, Abode is arranged as a sequence of spaces and houses that suit the transition from urban to rural edge. It gives form to the existing highways infrastructure and creates a sense of arrival to the neighbourhood, before moving sequentially towards a more relaxed morphology, addressing the neighbourhood edge.

This is a tenure-blind neighbourhood of 40% affordable homes with 60% family dwellings and 40% apartments, delivering net densities of between 45-70 dph. Generous shared surface streets, squares and landscape spaces provide pedestrian routes which fully integrate the scheme into the surrounding landscape.

The winners of the awards will be selected by a judging panel from across architecture, engineering, environmental services, development, media and government and announced at a ceremony in February 2023.